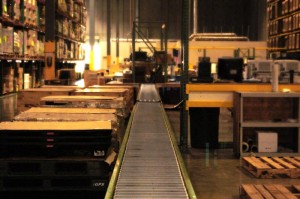 The Tax Foundation’s 2014 edition of the State Business Tax Climate Index may help you decide how to choose a location for your third party fulfillment company. Nevada is one of the highest ranking of the 50 states while California is one of the lowest. Referring to the index above, Nevada ranks #1 in the Corprate Tax Rank category.

The Index keeps in mind several factors when ranking taxes. The absence of a major tax is a dominant factor as are property taxes and unemployment insurance taxes. A state like Nevada that raises sufficient revenue without major taxes has an advantage over those states that levy many taxes. States like California rank at the bottom for complex, non-neutral taxes with comparatively high rates.

According to this year’s Index the best ranked states are:

The 10 lowest ranked, or worst, states in this year’s Index are:

Nevada has no corporate or individual income tax (not to mention inventory tax) putting it in 3rd place. This ranking also makes Nevada one of the best choices for a West Coast distribution company. If you are looking for a third party distribution company you should consider the tax benefits Nevada and Hopkins Distribution have to offer.